Some may know them as ego maniacs, some may call them egotistic, they might even be known as commonly as douche bags, but the truth is, these people could potentially be suffering for NPD, Narcissistic Personality disorder.

The term 'narcissist' is derived from Ancient Greek mythology, where a young man named Narcissus fell in love with his own image reflected from a pool of water. 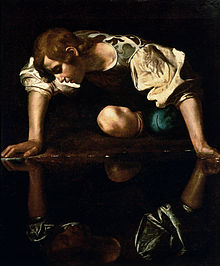 I know, I know....I haven't exactly explained what NPD is yet! Narcisstic Personality Disorder is a disorder in which someone has this ultra confidence built from their sense of self-importance, admiration of one's own attributes, a excessive need for admiration and a lack of empathy for others.
Here's the deal. Everyone has an ego. It's a simple necessity to life and us as human beings. Everyone needs some sense of self-importance. This is normal and healthy, but when someone's ego becomes excessively large, it becomes border line dangerous too. People may start calling this an egomaniac, but that term is often misused and usually appears amongst our colloquial conversations. An 'egomaniac', if a correct diagnosis has been completed, is someone with Narcissistic Personality disorder.

Overall, there are 9 characteristics of NPD. You must have at least 5 of these at the same time to be diagnosed with it. Some narcissists may be able to control these personality traits, but some may not, and that is when they start to become dangerous.

Here's what I will be discussing on this topic.

The Nine Characteristics of NPD
The Diagnosis of NPD
The Children of God- A Narcissist's Dream?
Dr. Sam Vankin
Sources